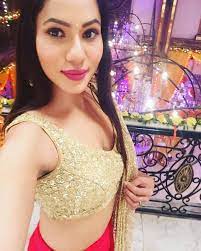 Zee TV’s show Kundali Bhagya is one of the most popular TV shows on the small screen.

The hit drama series has been successfully running on the TV screens for many years now.

Kundali Bhagya has witnessed several interesting twists and turns in the story which are leaving the viewers hooked on the show.

Currently, the show is gearing up for a high voltage drama and twist.

Amid Sherlyn’s baby shower, a new twist is likely to unfold about her baby which is Prithvi’s and not Rishabh’s.

While there’s no surety on how this secret will be out or it won’t be but fans are waiting for how things will turn out to be.

On the other hand, the show is also gearing up for Prithvi and Kritika’s wedding which will also witness some brand new dhamakas.

Kritika has already got cheated once by Akshay and her wedding was called off and this time again, there are chances that she might face betrayal.

We got in touch with Twinkle Vashist who spoke about the current track of Kundali Bhagya.

We asked what the viewers can expect if Prithvi’s truth comes out.

Twinkle said, ”I think Kritika will either slip into depression or she will turn negative. Though I don’t want her to turn negative but the way she has been betrayed not once but twice, things can be the other way round.”

The actress further reveals that it is still not known to her if this whole matter will be exposed or not.

We all know that Kritika and Prithvi’s wedding track will soon be shown and if he gets exposed, Kritika is going to face a hard time.

And if the matter is exposed post her wedding even then things won’t be good for her.

Well, Kritika is surely going to get lots of pain with Prithvi’s betrayal and it will be interesting to see how her character turns out to be with time.

Kundali Bhagya also stars Shraddha Arya and Dheeraj Dhoopar in the lead roles. The show also has Anjum Fakih and Abhishek Kapur in the parallel lead.