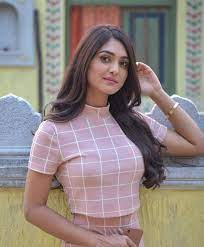 Aapki Nazron Ne Samjha has been in the news. Kritika Singh Yadav, who played the role of Charmi, has been replaced by Aditi Rathore. The actress is disappointed as she felt that the makers should have informed her.

Kritika said, “The production house hasn’t informed me about the replacement. In the month of April, I was infected with COVID-19, when we were shooting in Goa for the show. The production team hasn’t spoken with me since. I was under the impression that the character was dead and they didn’t intend to revive the track, as there was no discussion regarding my role in the show.”

She added, “And now almost two months later, I get to know that I have been replaced. It’s disappointing. I just feel that they should have informed me about my replacement or if they had some issues with me. There could have been a discussion.”

She revealed that Aapki Nazron Ne Samjha was her first television show and the experience was good. She added that she has realised that such things are common in the industry and that she has learnt a lot from this experience, which will eventually make her stronger.

Sonali Jaffer, the producer, revealed that they had to let Kritika go as they winded up the track of Charmi. But now, they decided to bring the character back and roped in Aditi Rathore for the same.