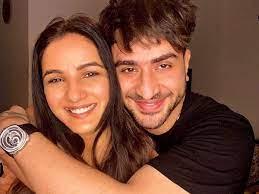 Telly world’s cutest couple Aly Goni and Jasmin Bhasin are trending everywhere ever since they were seen together in Bigg Boss season 14. The duo’s journey has been incredible on the show and they managed to win several hearts.

While now the show is over, Jasmin Bhasin is seen chilling and spending quality time with her beau Aly Goni. From hanging out at each other’s place to partying together, Jasmin and Aly are making the most of it in their free time.

The duo was also seen in two music videos Tera Suit and Tu Bhi Sataya Jayega which went on to become a huge hit among the viewers.

Looks like Aly and Jasmin can’t stay away from each other and are constantly being together and chilling. So much that the couple also plans to celebrate Jasmin’s birthday together.

According to our sources, Aly Goni and Jasmin Bhasin plan to jet off to Goa along with Aly’s sister Ilham and her family to celebrate Jasmin’s birthday on 28th June.

Apparently, Ali plans to make this day most special for Jasmin and is putting in all the efforts to make it memorable.

Well, seems that the couple’s affection is going strong by the day and it would be exciting to see the pictures from the birthday bash.

What do you think about Ali’s special plan for Jasmin?