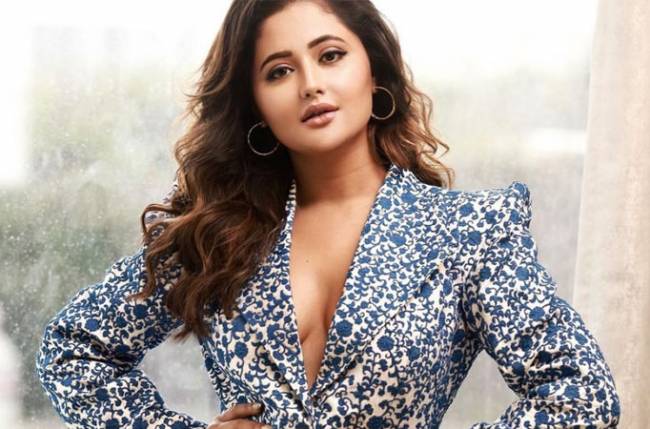 Television actress Rashami Desai, who gained immense popularity after participating in the reality show “Bigg Boss 13” in 2019, says she has changed as a person after the show.

“Life has not changed after ‘Bigg Boss’. I have changed as a person, but for good. I’m more content and happier with myself. I’ve understood about self love. I’ve realised that I’m a person who loves people around her. I enjoyed a lot being on the show,” Rashami said.

The actress made her digital debut with the latest web series “Tandoor”.

Revealing details of her character in the series, Rashami said: “The name of my character is Palak who is an independent, fearless and strong minded woman. Since college only they knew each other and apparently the guy was in love with her and then she fell in love with him.”

“There are situations in the story and it is difficult to decide who is right and who is wrong. At the end some will feel it’s the wife, some will feel it is the husband, while some will feel the main culprit is somebody else!” the actress informed, leaving viewers in suspense.

Opening up on what inspired the series, the actress shared: “The story is of the time when I was a child. At that time I didn’t even know what is tandoor. It is about the Tandoor kaand but there have been changes in the story. It’s very beautifully directed by Nivedita (Basu) and the co-actors were really good.”

How was the experience of working with her co-star Tanuj Virwani?

“He is amazing! More than the acting, his detailing work is so good. Every character that he is doing, he works in details for them. Every scene has come out beautifully, when there is love, that is hate, there is anger, everything is looking very real. He has learnt a little bit of direction also, so his point of view is always interesting! I have learnt a lot of things from him technically also,” replied the actress.

Taking part in a dark and intense story like “Tandoor”, did leave an impact on her mentally, admits Rashami.

“When we were shooting the gunshot scene, I didn’t speak to anybody after that for two days because I kept thinking about her. The mentality becomes very different when you are playing somebody else and you are not like that. It was very disturbing that you love somebody so much and then that someone will shoot you!” she said.

With Rashami venturing into the digital space after gaining popularity on television, any plans of trying luck in Bollywood?

“I will. I had an opportunity before also but I had my commitments. When I am committed to something, I am very much dedicated. I’m not saying no to it, nobody will say no. It depends on the subject and the director,” she said.