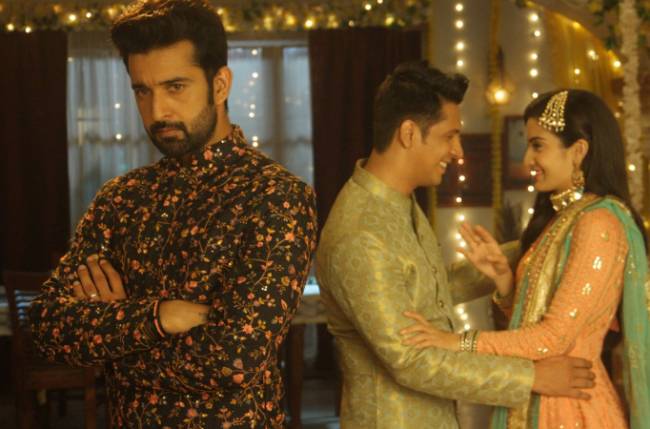 Zee TV’s popular fiction drama, Qurbaan Hua, has been entertaining its audience with interesting twists and turns in the lives of Neel (Rajveer Singh) and Chahat (Pratibha Ranta) since the show’s beginning. In the recent episodes, viewers witnessed how Chahat and Neel were edging closer to each other, with Neel expressing his love for Chahat in a romantic way. While everything seemed to be falling into place, looks like a new twist is all set create havoc in their lives. Ayaz Ahmed is all set to enter the show as Zain Siddiqui, who was Chahat’s senior in medical college.

Zain’s entry will turn Neel and Chahat’s lives upside down. Zain has been in love with Chahat since their college days when she saved him from bullies for being a nerd. Ever since he took it upon himself to transform into a handsome, confident man only to win Chahat’s heart. A character this rigid and savage will soon be stomping on Neel and Chahat’s life, making it quite difficult for both of them to overcome.

Speaking of Zain’s deadly persona and his excitement to join Qurbaan Hua, Ayaz Ahmed said, “I’m pretty excited about this new role, it is something I’ve never played before. Having said that, I feel I’ve always been nervous and excited about every character that I’ve played so far. But this one, I feel, has a different touch altogether because it’s a negative role and I feel negative roles are very impactful in any show. Qurbaan Hua will also be my first show with Zee TV and I am really kicked about collaborating with the channel. Talking about my character, I’ll be playing Zain Siddiqui, who was Chahat’s college senior and is still head over heels for her. But at the same time, he has a very shrewd motive too. I’m hoping to give my best and am looking forward to making some really good friends while being on the show.”

In the meantime, while Neel and Chahat are readily professing their love for each other, Ghazala is leaving no stones unturned to split them up. With Zain entering their lives, a storm is set to come in their love story, but what will happen next?

To know this and more, tune into Qurbaan Hua every Monday to Saturday at 10:30 PM only on Zee TV!