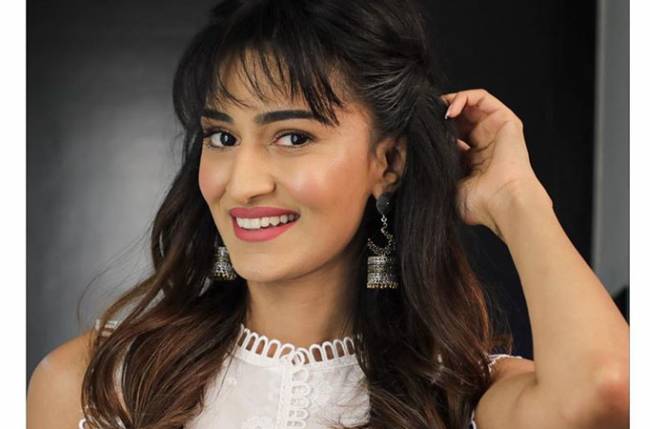 Erica Fernandes is one of the most popular and stylish television actresses. The diva is loved by millions of fans. She is currently enthralling fans as Prerna in Star Plus’ popular show Kasautii Zindagii Kay. While fans adore her for her performance, they are also all hearts for her bubbly and cute personality. The actress has a huge fan following.

Erica often takes to social media to treat her fans with her posts. She did the same yesterday also. She shared new pretty pictures of herself, and sent fans into a tizzy. Well, Erica’s pictures brought about a huge smile on the faces of her fans, because she shared them almost after over a month. Yes, Erica took to Instagram after a small break, leaving fans utterly happy.

In her first picture, Erica is seen enjoying her time in the balcony of her house, as she poses for the camera. Wearing blue denim jeans, and a black top, Erica has clearly ‘nailed’ the casual look. With open tresses, and dewy makeup, Erica looks every bit stunning in this look. She proved simplicity is the ultimate sophistication. In the next post, the actress showed off her ‘glam look’, with a nude colour dress.