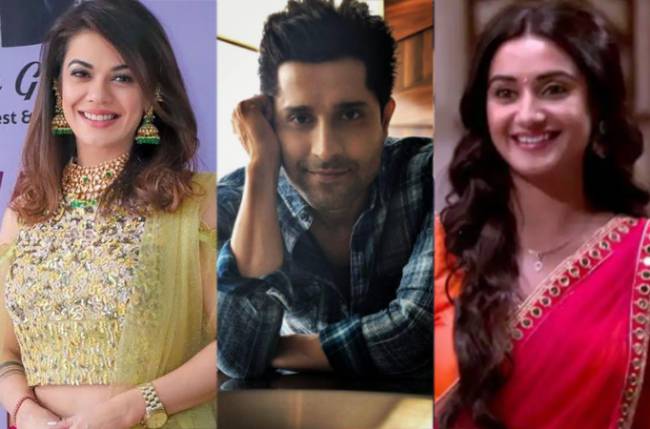 Star Plus’ show Shaadi Mubarak is ruling several hearts ever since the beginning. The show stars an amazing bunch of seasoned actors including Manav Gohil and Rati Pandey. Popular TV actress Rajeshwari Sachdev too was a part of the show but she took a break from it recently.

While the viewers are missing Rajeshwari’s presence on the show, the makers are all set to introduce two new characters and we can’t be more excited.

Rati who plays Preeti on the show gave a warm welcome to Shweta and Pracheen as they join her in the journey.

Some pictures have been shared where we can see Shweta being pregnant and Rati carrying a baby in her arms. In another picture, we can see Rati posing with Shweta and Pracheen.

Well, all the three actors are quite popular and have done amazing shows in their long career span.

The trio along with Manav will be simply a treat to watch.

Shaadi Mubarak has managed to garner rave reviews from the fans for its amazing storyline which has kept them glued to the television screens.

Earlier, Rajshree Thakur played the lead role and after her exit, Rati was roped in. The actress has been doing total justice to her role and winning hearts. Also, Rati’s onscreen pairing with Manav has worked wonders.

It will be interesting to see what new twists the show will witness with Shweta and Pracheen’s entry.