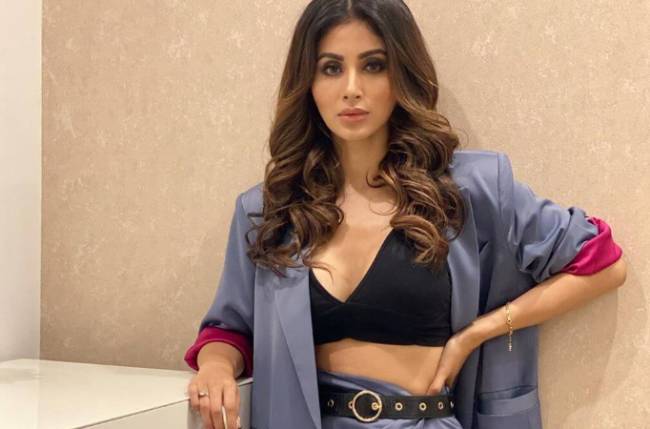 She has raised the bar higher with her acting chops. Having started with television, Mouni made her debut in Bollywood with Gold and has certainly proved that she is a versatile actress.

She is also a very stylish actress and often shares beautiful pictures of herself to treat her followers and admirers.

The actress debuted in Bollywood with Akshay Kumar in Gold, and soon, she will be seen in Ayan Mukerjee’s Brahmāstra, where she plays a negative role.

In a recent interview, Mouni revealed her struggles as an actor when she had just come to Mumbai.

Mouni said that it was really tough for her as an actor when she came down to Mumbai. She used to cry a lot as she didn’t know anything and used to shoot for hours.

She further said that her father used to come down and visit her very often as she used to break down a lot.

The actress also realised that at a very early stage of her career that she loved what she was doing, from acting to dancing, so in the end, all the struggles were worth it.

While talking about completing 15 years in the industry, Mouni said that she can’t believe that so many years have gone by and she has no regrets and she is very grateful for whatever she has.

She feels lucky that all her television shows, web series, and Bollywood movies have been successful and have made her what she is and she is thankful to the almighty for it.

Well, Mouni will be seen next in her first big commercial movie Brahmāstra, which stars Ranbir and Alia, is directed by Ayan Mukerjee, and is produced by Dharma Productions.