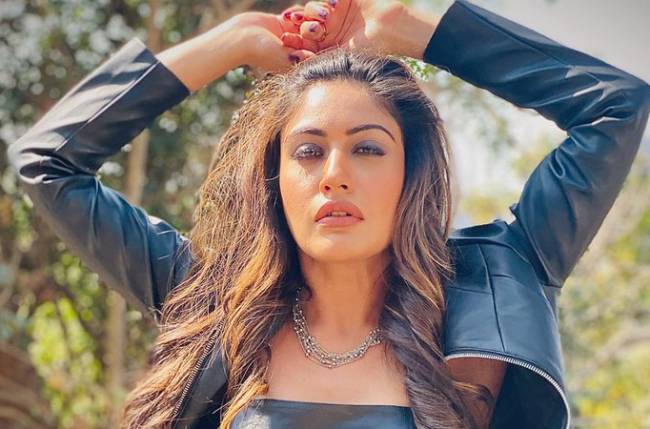 Surbhi Chandna is currently seen in Colors’ show Naagin 5. The show has been entertaining the viewers with its intriguing storyline.

Surbhi portrays the role of Naagin Bani and fans are loving every bit of her. The actress is tagged as one of the most glamorous naagins on the small screen. We have seen Surbhi giving a stellar performance on the show. Apart from all the drama going on on the show, Surbhi is having a gala time on the sets.

The viewers see how Surbhi keeps sharing some amazing BTS pictures and videos from the sets of the show. Surbhi maintains a great bond with her co-stars and one of them is Utkarsh Gupta.

Well, the world celebrated Valentine’s Day yesterday and looks like Surbhi too had a little surprise waiting for her yesterday. She took to social media to share the same!

Naagin has become a brand in itself and the supernatural show has been massively loved by the audience.

The show has come in its sixth season now with Krishna Mukherjee and Harsh Rajput in the lead roles. Going back, the first season starred Mouni Roy and Arjun Bijlani and it was not only loved for its drama but also for the fashion statements made by the actors.