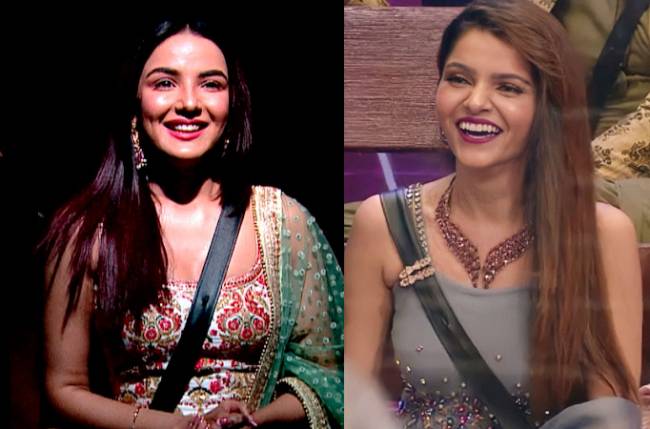 The finale of the show is just a week away, and all the contestants are giving their best shot to be finalists of the show.

This is a special week, as all the contestants’ friends/family members will be joining them as their connections and will help them to go to the finale.

Jasmine who was one of the strongest contestants of the house but was eliminated owing to fewer votes.

But once again, the Naagin actresses has entered the house as Aly’s connection and will play the game with him for a week.

Yesterday, the connections entered the house, and since then, Jasmine was seen only backbiting about Rubina to all the contestants.

Netizens have slammed her behaviour and said that she is spreading negativity in the house and that Aly deserved a better partner to play with rather than Jasmine.

They have also said that in such a positive episode, she is spreading negativity and that she will regret it someday.

She is trending with the hashtag #Jasmean on the 6th position, which even her fans couldn’t manage to achieve. Some have also said that they were fans of Jasmine, but after yesterday’s episode, they aren’t anymore.

Netizens have also sent strength and positivity to Rubina to deal with the mean side of Jasmine.

Post this behaviour of Jasmine, people have become Rubina’s fans and are sending her strength and courage.