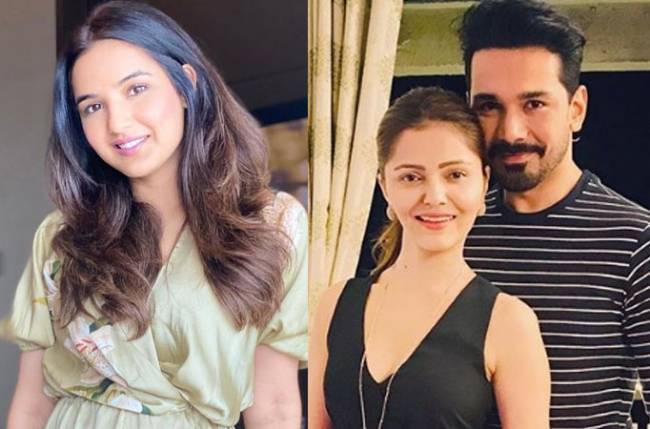 It’s been one week since Bigg Boss season 14 has begun and the show has got a pretty good response from the audiences.

The contestants are slowly opening up in the show. And along with the fights, the audience is also getting to watch some good light moments.

We came across a video where Jasmine is heard talking about Abhinav’s ex, and Rubina’s reaction is something you shouldn’t miss.

The video sees Jasmin asking Abhinav if he had any girlfriends before Rubina to which the Shakti actress said he has had many. Reacting to this, Jasmine said that she had met someone years ago whom he must have dated.

Rubina then said that it’s such a small world and you never know who you are going to meet.

Abhinav said that ‘maybe we must have dated. I must have gone to her home to repair some fridge or car.’ To this, Rubina said, ‘really as if we don’t know the truth.’

Well, Rubina took all the talks very sportingly and didn’t mind her husband’s past being discussed on the show.