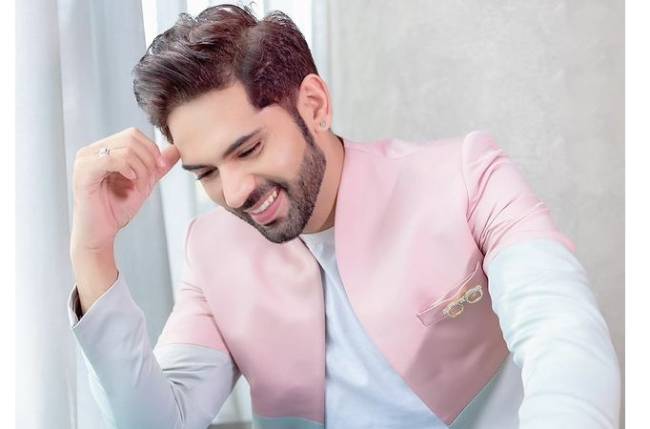 Actor Ankit Bathla, who is seen playing an antagonist Siddhant Sinha in ‘Ghar Ek Mandir- Kripa Agrasen Maharaj ki’, has shared about getting into the skin of the character and the challenges he faced while playing someone contrasting from his actual personality.

Ankit in a chat with IANS said: “The first thing my character of Siddhant Sinha brings to the show ‘Ghar Ek Mandir- Agrasen Maharaj ki’ is style. The show has an extremely homely and spiritual vibe. However, with the entry of Siddhant Sinha this has changed. I bring in with me tons of excitement and glamour. The audience has already started experiencing the drama which has sparked post my entry and as the story goes forward, there will be many more twists and turns.”

The 33-year-old actor has done shows such as ‘Thapki Pyar Ki’, ‘Love by Chance’ and many more. He says that with this role he is going to break his good-boy image on-screen.

He shares: “Honestly speaking Siddhant’s character is immensely different from any characters I have done in the past. I have always played the good boy in my shows who is heartwarming and pleasant to be around. But, with Siddhant’s character, the audience will see me in a completely different avatar. The character demands me to be full of attitude, selfish and someone who always has an eye on the game. This is the first time the purpose of my character is for people to hate me, and I am super kicked about playing this exceptional role.”

The ‘Naagin’ actor further reveals the challenges he faced while doing this role as it is completely opposite to what he is in real life.

“I am an extremely different person in real life compared to my on-screen role of Siddhant Sinha. I love spreading smiles and being transparent and truthful. My friends would totally vouch for it. So, when this character came to me, I had to learn to be arrogant and a rich brat rather than a cheerful person. Once I got that right, everything else about the role just flew well.”

Ankit said that he did not get a lot of time to prepare for the role.

“It came to me while I was in Delhi, I flew back, and we started shooting. I believe it has worked best for me and the role because Siddhant Sinha is a spontaneous and adventurous person who gets it all. So, well I believe being unrehearsed and unplanned was the best way to get into the skin of the character,” he added.

Talking about why he said, ‘yes’ to the show, Ankit revealed that he has not been on television for quite some time because he was busy exploring the OTT platforms.

He added: “This character came to me as an opportunity to come back to Television. Siddhant’s role was unique and something I hadn’t explored in the past and I loved the challenge it brought with itself. Also, on the plus side, the shooting happened in Jaipur and being off site for the shoot is something that boosted my excitement a notch higher.”