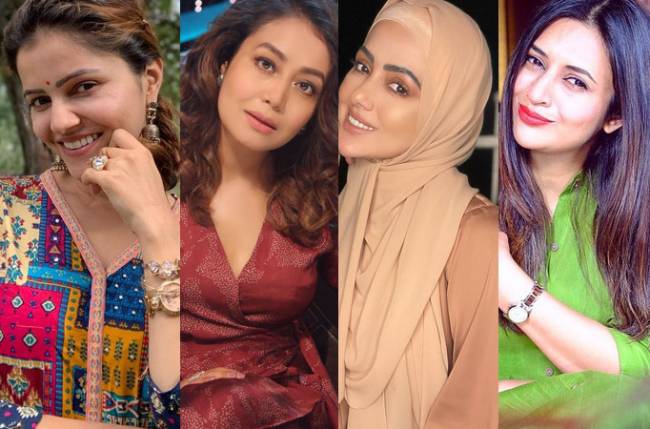 There are many divas who went through harsh break-ups. Heartbreaks are never easy. However, it only led some of the beauties to find their true love and live their happily ever after.

Let’s take a look at some such celebrities.

Rubina Dilaik: The actress, who fell in love with her Choti Bahu co-actor Avinash Sachdev, was left heartbroken after he got closer to another television actress. Later, Rubina shared that the break-up only made her stronger. The actress is now married to Abhinav Shukla, with whom she is currently seen in Bigg Boss 14.

Neha Kakkar: The singer had a bitter break-up with boyfriend Himansh Kohli. The two had met in 2017 for the promotion of one of his films in which she had sung. They clicked and were together for almost a year before calling it quits. The end of their story made Neha take to her social media handle to express how sad and heartbroken she was. During the lockdown, however, things turned around for Neha. She met and fell in love with Rohanpreet Singh on the sets of their music video. She tied the knot with him in October last year.

Sana Khan: Sana Khan, who was seen in Bigg Boss, announced her break-up with Melvin Louis in February, 2020 after accusing him of domestic violence. Not just this, Sana, who had been in a relationship with Melvin for about two years, also shared publicly that she was heartbroken when she found he had cheated on her not once but thrice. Later in the year, Sana found love and got married to Anas Saiyad.

Divyanka Tripathi: Divyanka and Sharad Malhotra met on the sets of their show ‘Banoo Main Teri Dulhan’ and fell in love with each other. They broke up in 2015 after dating each other for eight long years. Divyanka was shattered post the break-up. After their break-up, Vivek Dahiya entered her life and the two got married in 2016.