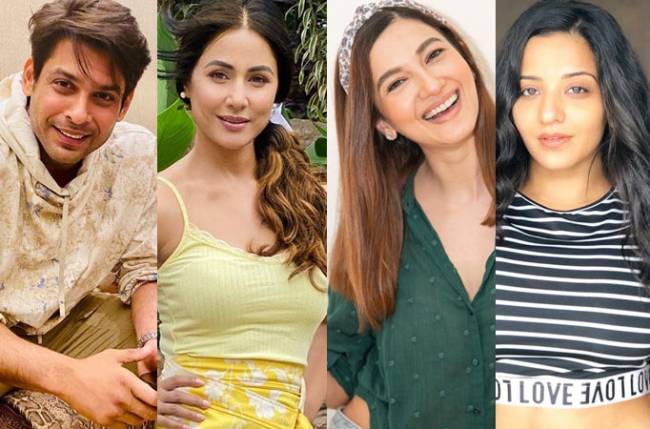 Bigg Boss has a massive fan following. It is one of the most popular and controversial reality shows. After entertaining the audience with season 13, the makers are gearing up for Bigg Boss 14.

Bigg Boss 14 is all set to premiere its first episode on October 3. The latest promo where host Salman Khan is announcing the much-awaited date was aired and managed to escalate the excitement level of the viewers.

Now, here’s some exciting updates. According to an entertainment portal, along with the list of new contestants who will enter the house, a few old contestants will also step into the house again. These ex contestants will not enter as guests but players this time.

A source told that, “Sidharth Shukla, Gauhar Khan, Hina Khan, Mona Lisa along with few more ex contestants will once again participate in this season. However they will not be there to support anyone but to play for themselves. However no voting lines will be opened for them but their tasks and popularity among the audience will keep taking them ahead in the show.”

Are you excited to watch them in the show? Hit the comment section.

THESE divas found their happily ever after a major heartbreak