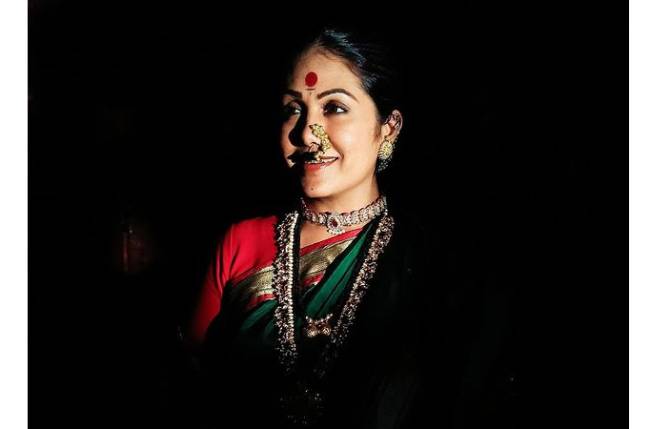 After an overwhelming response to the journeys of Jodha Akbar and Jhansi ki Rani, Zee TV recently introduced viewers to the biggest historical magnum opus of 2021 as it presents the untold story of one of the most iconic women of the Maratha empire – Kashibai Bajirao Ballal. The show went on air recently and has already won the audience’s hearts. While each character has caught their attention, Hetal Yadav’s portrayal of Bhawani Bai has been admired by many.

While the actress has been shooting round the clock for the show, we also hear that she is also leaving no stone unturned to get all the nuances of her character right. In fact, Hetal even believes that the look of the character means a lot when it comes to convincing the audience and hence, she has been focusing on getting the right look. She recently even styled and draped a Kashta saree for a sequence all by herself.

As Hetal Yadav revealed, “I believe what we wear represents who we are, and clothes are an important part of our personality when it comes to playing a role. I remember, after the look test, we got 12 sarees stitched and back then, my stylist used to drape it for me. However, I learned to drape the saree by myself over the last three months and while it takes a lot of time to wrap and unwrap it, I am proud that I’ve learnt it. In fact, learning how to drape these sarees in Bhawani Bai’s look helped us a lot recently. One fine day, my stylist wasn’t able to come for the shoot, so I had to drape and style a new Kashta saree for an important wedding sequence. It was fun, but I still say ‘Draping a Kaashta is a Kasht’, and I really can’t believe I could pull it off.”

While Hetal is having fun turning into her own stylist, in the upcoming episodes, viewers will witness some high-end drama when Kashibai (Aarohi Patel) will go missing and Bajirao (Venkatesh Pande) will save her from the kidnappers. Will Bhawani Bai have a change of heart after seeing everything play out?

To know more, tune into Kashibai Bajirao Ballal every Monday to Friday at 8 pm, only on Zee TV