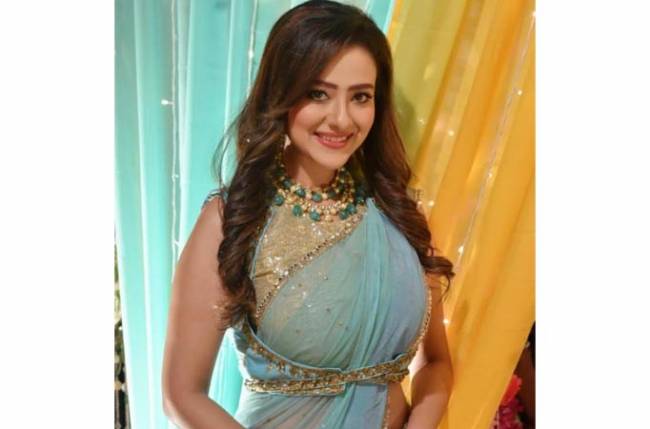 She can be sweet, smart, sassy and sometimes a little bit messy, but that’s the beauty of her character and she plays it with perfection. Madalsa Sharma’s portrayal of Kavya in Rajan Shahi’s “Anupamaa” has made the audience love to hate her. And she says they can always expect the unexpected from her reel avatar.

Asked where she gets the inspiration to play her character, she said, “As an actor, I have learnt and understood a lot about Kavya since I heard the role for the first time. I feel there’s so much to take in and grasp every day. I only keep in mind how ‘Kavya’ being ‘Kavya’ would react to the situation that she’s in and delivers accordingly.”

“There are so many shades of emotions that I get to play as Kavya. When I read the scenes, I feel there’s so much more about Kavya that comes out in every scene, so much to show, so much to play and so much to deliver. As an actor it’s a blessing to get a role that gives you an opportunity to give something different and unexpected in every episode,” she added.

Well, it’s not just the various emotions that she portrays on-screen, it’s also her glamorous style that makes her character stand apart. “The audience loves my look in the show, and I’m grateful to our stylists and creatives for their hard work behind every look of mine. When it comes to the look of a character, it plays a very important role in shaping up a character’s personality. My look has been worked on very well by our team and even I add my bit of inputs every now and then,” Madalsa said.

In the latest track of the show, the audience saw that Vanraj wants to cancel his divorce with Anupamaa considering she is unwell. Kavya was quite shocked to hear this and gets into an argument with him. Talking about it, she said, “As of now Kavya is devastated with everything that’s happening in her life but the best part about Kavya’s character is to expect the unexpected. The way Kavya reacts to every situation is something so different than what people might expect which makes me feel amazing as an actor, to be able to deliver so many shades of emotions.”

Madalsa is grateful to her fans for giving so much love to her character, and said, “A big thank you from the bottom of my heart to all my fans who watch my show and love my work. Your love and support means the world to me and makes me want to give my best each day. I love and cherish all my fans. Your love keeps me going!”