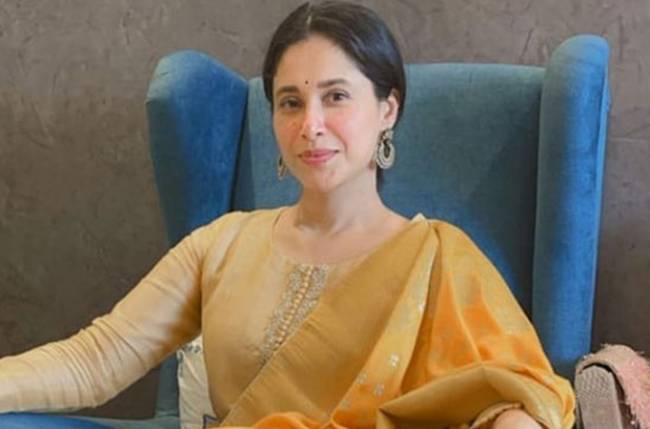 Actress Shubhaavi Choksey who portrays the role of ‘Nandini’, ‘Ram’s (Nakuul Mehta) step-mother talks about bringing out many shades of her character on screen.

She says: “Being in the elite society she does have many shades to her character but the strongest one is that she dotes her kids. ‘Nandini’ is actually a very family oriented woman, though, for her it’s just her biological kids that she truly loves and is worried about. She wants to ensure that they are happy and secure in every way possible. Therefore, she is extremely sweet to ‘Ram’ as she doesn’t want to lose his love and respect for her.”

The actress is drawn towards her on screen personality as it involves depiction of different emotions. “As an actor there is so much more to perform as it’s a mixed bag of emotions in every scene. There is an underlying story that goes on with every dialogue delivery, the chemistry I have with each character is different and hence the vibe changes even with every single look. Despite being insecure Nandini always wears this great confidence. She is calm even when there’s turmoil inside of her,” she adds.

Shubhaavi shares further on how ‘Nandini’ deals with the marriage of lead protagonists ‘Ram’ (Nakuul Mehta) and ‘Priya’ (Disha Parmar) in the show. “Honestly, ‘Nandini’ never really wanted ‘Ram’ to settle for ‘Priya’. It was under dire circumstances that this thought came across and till date, ‘Nandini’ is trying ways to ensure that Priya goes back to her own house. Somewhere down the line she knows that ‘Priya’ isn’t the best match for ‘Ram’ because their lifestyles are too different and will never match.”