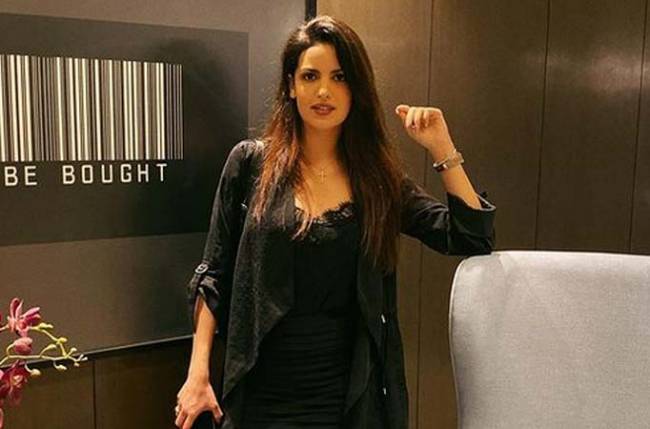 Natasa Stankovic’s latest Instagram picture is too adorable for words!

The diva is one of the most popular actresses. She has a huge fan following on social media too. Natasa Stankovic makes sure to treat her Instagram family with her delightful pictures. Her social media page is home to myriad adorable family pictures, and her latest picture is just too adorable for words.

Taking to her Instagram handle, the Bollywood actress shared two beautiful pictures. They see her with her baby boy Agastya. Fans of the actress know that she is a style diva. In these pictures also her style game is on point. She is seen donning basic white pants paired with a trendy beige colour top. She adorably held her son while posing for the clicks. Sharing the pictures, Natasa Stankovic wrote, “Time flies #3monthsoldagastya #mycutie”

A few days back, Natasa Stankovic had shared a picture wherein she was seen having gala time with Agastya in a swimming pool. The actress is married to famous cricketer Hardik Pandya. The duo is one of the most popular couples. They often share adorable family pictures on social media.

On the professional front, Natasa Stankovic is a well-known film and television actress. She has appeared in films like The Zero, 7 Hours to Go, and Satyagraha. She has also tried her hands in reality shows like Bigg Boss 8 and Nach Baliye 9. The actress is immensely popular for her dancing skills.