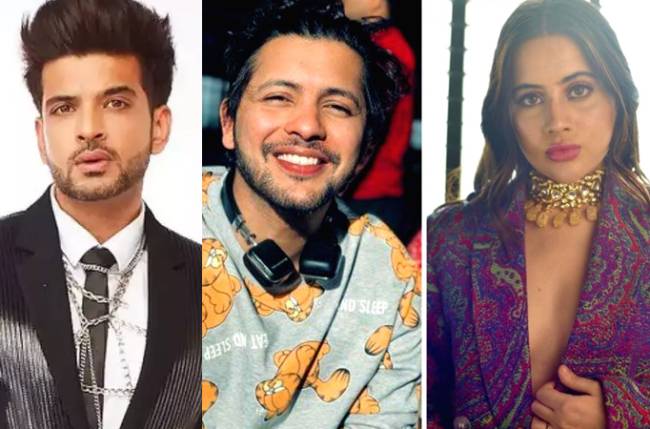 Although, Urfi was in ‘Bigg Boss OTT’ for a short span of time but she developed a good friendship with Nishant during that period.

She says: “I think Karan Kundrra is playing a game with Nishant whereas Nishant is still a loyal friend to him. We just stayed together for a week but still we bonded well. After coming out of the house, he messaged me and that speaks volume about his character. If I go inside, I’ll tell him that be careful and play for himself.”

The ‘Bepannah’ actress also slammed Shamita for her argument with Nishant and the way she accused him for being insensitive towards her. Urfi adds: “I don’t know why Shamita has this habit of taking things very personally. Even in our season, he said something and Shamita took it personally for no reason.”

Lastly, the actress also spoke about Pratik Sehajpal and Nishant’s friendship. “It feels really nice that someone from the house are still being loyal to each other and have continued their friendship. I really want to see them till the end. But Nishant is the finalist for me,” she concludes.