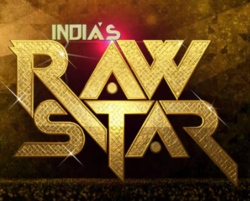 India’s Raw Star Watch online India’s Raw Star is an Indian singing competition series created by Gajendra Singh of Sai Baba Productions. It began airing on Star Plus on August 24, 2014. It is hosted by model-actress Gauahar Khan and produced as well as mentored by singer-rapper Yo Yo Honey Singh.

One of India’s biggest youth sensations, singer-rapper Yo Yo Honey Singh, and the country’s No. 1 General Entertainment channel Star Plus, launched the first unconventional singing reality series, which is targeting to break the stereotype of singing shows. The audiences for the first time will get to watch the contestants sing original songs, which have been composed and written by them. Also, this will be the first series on Indian television to introduce the concept of music choreography. The network has roped in international choreographer Michael Schwandtl, who has worked with artists such as Katy Perry and Lady Gaga on their performances. He will work with the contestants to visually enhance their singing performance. The show also has Ashish Manchanda on board who will be heading the sound team. Manchanda is the only Indian sound engineer to have worked with Michael Jackson and has worked on a number of international music shows.

The show won’t have the standard 3-member judging panel, nor one or two funny hosts and definitely no contestants who only know how to rehash popular Bollywood songs. It will air one episode per week. For the first time on Indian television, only digital auditions were used, which enabled NRIs to audition also, and helped cut down the long process of manual auditions and long queues. One participant will be eliminated every second week, and 3 or four finalists will participate in the grand finale.