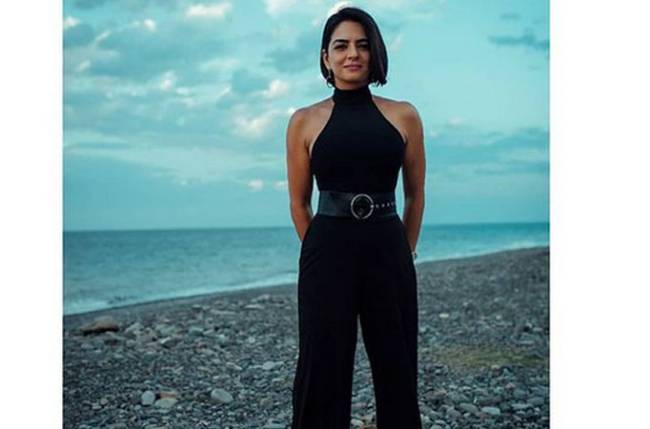 Actress Himanshi Choudhry, who is receiving a positive response for her role in the web series ‘Inside Edge 3’, says she never feels insecure or overshadowed in a multi-starrer since she has had a career in TV.

Himanshi is now gearing up for two projects with Tigmanshi Dhulia and Anurag Kashyap.

When asked if working in a multi-starrer where actors like Vivek Oberoi, Richa Chadha, Aamir Bashir are the face of the story, and if she feels insecure, in conversation Himanshi explained her thoughts.

“I am from a background of television where I was part of many TV series. Now, see the idea of any series whether it is on TV or web, it is always ensemble cast. It is always episodic and in few episodes on specific tracks, some character becomes important. Since the beginning of my career, I have done that, my mindset is such, where I do not feel overshadowed by other actors. I have no insecurity,” Himanshi told.

The actress earlier appeared in TV series like ‘Lavanya’, ‘Banoo Main Teri Dulhann’, ‘Tu Aashiqui’, web series like ‘Out of Love’, ‘Hostages’, among others.

Now that she is gearing up for her next with both her favourite directors Tigmanshu and Anurag for projects like ‘Six Suspects’ and ‘Dobaaraa’, respectively, Himanshi shares how working with her dream directors enhances her work.

Produced by Ajay Devgn Productions, ‘Six Suspects’ is the adaptation of Vikas Swarup’s novel into a web series. The film ‘Dobaaraa’ is a directorial venture of Anurag that also features Taapsee Pannu.

“I have always admired both Tigmanshu and Anurag for the kind of films that they made so far. Quite interestingly their style of working is very different because they are also actors, be it Tishu or Anurag. Their understanding of performance and how to play the right note to extract the performance from an actor is interesting. I first worked with Tishu during ‘Out Of Love’. Since then there is a bonding we have. Anurag does not really direct an actor but lets the performance flow. Looking forward to both the releases now,” Himanshi signed off.