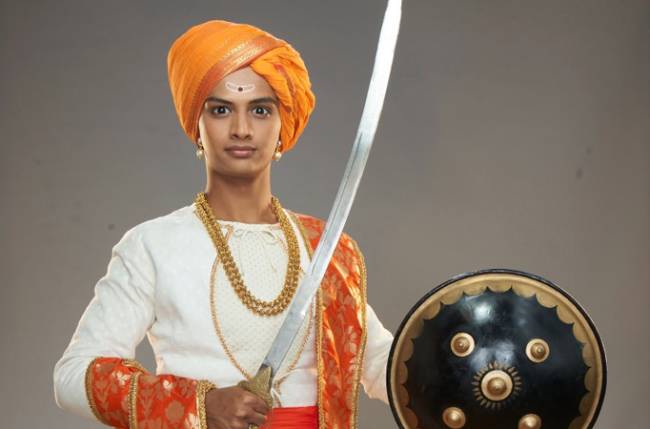 Zee TV has been a trend-setter in shaping television content over the past three decades. The channel has introduced audiences to several intriguing characters and inspiring accounts of some of India’s most striking leaders and royalty who have had a significant impact on our historical and cultural heritage. After bringing to life the journeys of Jodha Akbar and Jhansi ki Rani, Zee TV is all set to bring to its viewers the biggest historical magnum opus of 2021 as the channel presents the untold story of one of the most iconic women in the Maratha empire – Kashibai Bajirao Ballal. The show will showcase the story of the great Maratha Empire, its pride and valor, all narrated from the lens of Kashibai.

While we already knew that the show features debutante actress Aarohi Patel as Kashibai, former DID Li’l Masters contestant, actor and social media star Venkatesh Pande has now been roped in to play the iconic character of Bajirao Ballal, a child prodigy and one of the best warriors of the Maratha Empire. Apart from enthralling everyone with stories of his impressive war craft, the show will bring alive Bajirao’s personality with all its valor, maturity and patriotism. Portraying the role of Bajirao will be a challenge, however Venkatesh is up for it and the actor has immersed himself in the process and is trying to learn new skills and more about his character every day.

Talking about how Kashibai Bajirao Ballal is different from any of his previous shows as well as shedding some light on how he is training to be depict the great Maratha warrior, Venkatesh Pande revealed, “Honestly, I am very excited to be portraying the role of the great Bajirao and it has been such a wonderful experience for me until now. I was actually fascinated by this story even before I was offered the role and to be learning more about the great Maratha Empire and one of the best warriors ever, while depicting him onscreen, has been surreal. A lot of people might not know but he had a very tough persona due to his upbringing, but having said that he also has a heart of gold. He was quite generous as a leader and that’s what made him so great. I must mention that even though the show is from a different era, I feel the characters are indeed quite relatable and everyone will enjoy watching this story. For me, playing the lead protagonist for the first time, especially portraying such a great character whose stories are still talked about, does add a little pressure. But I am working hard to be able to do justice to the character and I am learning new things about Bajirao and the Maratha Empire every day. I am sure I am going to have a lot of fun exploring this character and I hope the audience showers their love on me and our show.”

While Venkatesh works hard to get into the shoes of the great Maratha warrior, we can’t wait to see Bajirao ruling his empire alongside Kashibai.

To watch this epic tale, tune into Kashibai Bajirao Ballal as it premieres on 15th November and airs every Monday to Friday at 8 pm, only on Zee TV!