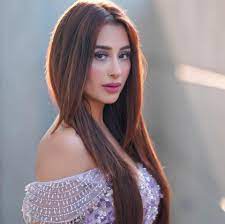 Mahira Sharma, the original lehenga girl, celebrates her 24th birthday today. She’s young, popular, charming, and quite young! She is also known for her stint on Bigg Boss 13, a reality television show in which she competed with Sidharth Shukla, Shehnaaz Gill, Rashami Desai, Asim Riaz, Paras Chhabra, and others.

She was one of the underdogs of her season, but she was always entertaining, be it her friendships, her equation with Shenaaz Gill and Rashmi Desai, or her alleged relationship with Paras Chabbra. We are using her birthday as a jumping-off point, let’s have a look at the lesser-known facts about Mahira Sharma…

Beginnings of a career

At the age of 17, Mahira Sharma began her modeling career. It’s true. She’s always been into performing arts and modeling. Her photos are a treat to look at, the aesthetics of her pictures are too good and she always looks stunning.

According to reports, Mahira Sharma was linked to Abhishek Sharma. Their co-stars in Y.A.R.O. Ka Tashan included Aniruddh Dave, Malini Kapoor, and Jayshree Soni. Before entering Bigg Boss 13, she was said to have been in a relationship with Abhishek Sharma, but the couple ended their relationship before she entered. According to Abhishek, she was just a friend like the rest of the cast members, and he was in no contact with her after she left. Mahira has been linked to actor Paras Chhabra, a fellow Bigg Boss 13 contestant. They have, however, maintained their friendship since the show began.

Controversies in the light?

Sharma was accused of fabricating the Dadasaheb Phalke Film Festival Appreciation Letter. Someone had misled Mahira about the same. A happy but unaware Mahira had shared the story on her Instagram. Her popularity caused her photo to go viral immediately. Her shock was that her photo had been accused of forgery. In a statement, officials described her actions as immoral and disgusting. Earlier in the day, Mahira released a statement claiming she was faltered but it was not her fault.

A Fan of Tattoos!

Mahira Sharma enjoys tattoos. Currently, she has two tattoos, one on her left hand and one on her right forearm. Her last tattoo was Maahi but she changed it to an eye. The same tattoo can also be seen on Paras Chhabra. He altered his ex-girlfriend’s tattoo in the process.
Fame claims

Her role as Jamini in the Ekta Kapoor Naagin 3 starring Pearl V Puri, Surbhi Jyoti, and Anita Hassanandani made her a household name. In addition, she played the role of Monisha Sharma in Shraddha Arya’s Kundali Bhagya, Dheeraj Dhoopar’s Kundali Bhagya.

Mahira has been a stunner in Punjabi Music Videos and continues to do them and Life has been good for Sharma after her Bigg Boss 13 stint!