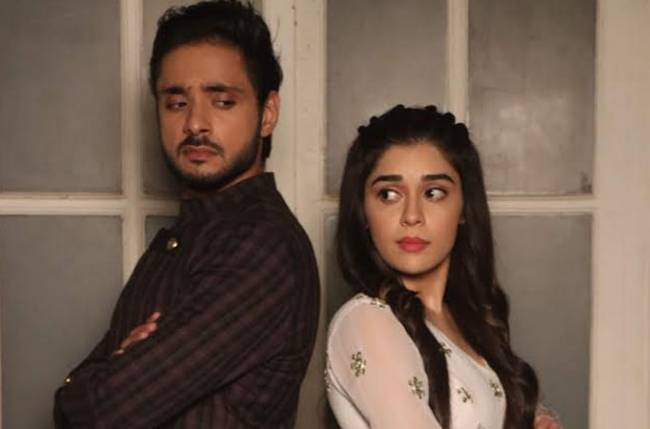 With the lockdown gradually lifting and people across the country stepping out into the new normal, Zee TV resumed shoots of its shows and reconnected its audiences with the journeys of their beloved characters. With an aim to reunite the viewers with another such character that had struck a chord with them, Zee TV’s Ishq Subhan Allah saw the return of the original Zara Siddiqui that was essayed by Eisha Singh till last year. However, that’s not it! For all the Kabir and Zara fans, the show brought the original lead pair face to face in grand fashion, while bringing in a series of twists and turns to their love story as well.

While Kabir and Zara share a rather intense bond on-screen, off-screen the duo are very friendly. In fact, from playfully taunting each other with jokes to rehearsing lines together, the two actors hit it off really well right since season one and the 9 month gap that Eisha Singh was away from the show didn’t change their affectionate bond one bit! While Eisha might be nearly 10 years younger to Adnan, she seems to be quite an inspiration to her male co-star. Adnan also does not shy away from accepting how inspiring Eisha is for him.

Recently, Eisha had mentioned about her desire to open an animal shelter home someday, to which Adnan had something wonderful to say. “There are certain things about Eisha that are so good that every human being must strive to achieve. The idea is not to be exactly like her but be inspired by her. I may be elder to her but to be honest, Eisha Singh is an inspiration to me. I have known her for a while but never knew she had such a strong dream at the back of her mind.”

Well it seems Adnan is in really good company and has a lot to learn from Eisha, but what will happen next between Kabir and Zara? The upcoming track of Ishq Subhan Allah is all set to bring some interesting revelations which will surely have the viewers hooked.