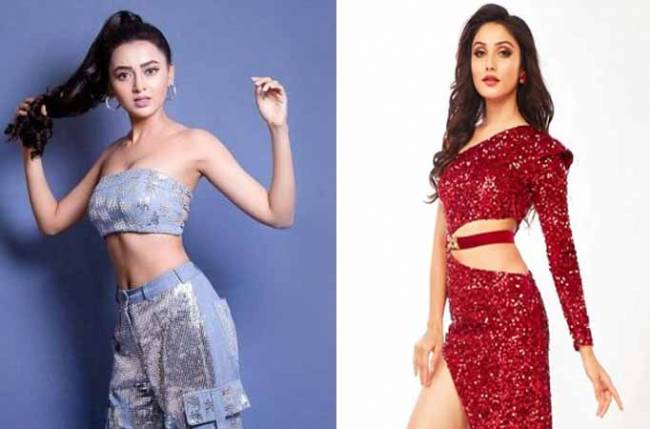 In one of the most shocking ways of eviction in Bigg Boss history, Donal Bisht became one of the two contestants to be evicted last week by her fellow contestants on Bigg Boss 15, as a punishment for flouting too many rules by the housemates. Donal was one of the most popular faces on the television in recent times when she entered the house but unfortunately her journey inside was short-lived.

Ever since Donal has come out, she has spoken about her experience on the show and with her housemates, unabashedly, revealing a lot of unknown details. In a conversation with a leading daily, Donal has shared how grateful she is for the support from her fans that she has seen after coming out of the Bigg Boss house. “For me, winning hearts is important, not just winning the trophy. I have won hearts, so I have won the game,” she said.

Talking about her fellow housemates, Donal classified Vishal Kotian and Tejasswi Prakash as “toxic”, while calling Umar Riaz, Akasa Singh, Meisha Iyer and Ieshaan Sehgal “followers” who can’t oppose people, especially Karan Kundrra. Sharing an incident from the house, Donal recalled, “These people were trying to manipulate me and I was not getting manipulated. Tejasswi was not a loyal and trustworthy person inside and I had an issue with that. Mere saamne woh kisi baat ko lekar mukar gayi and everyone was with her. At that time, I said that I know what I have seen and heard, what she did. Other people were trying to manipulate me, ‘Tujhe aisa laga,’ and I said, ‘You can’t manipulate me.’ They saw me as a very strong contender and strong human. I don’t follow anyone.” She even claims to have heard Jay Bhanushali, Vishal and Karan plotting against her with Tejasswi.

Talking about Tejasswi, Donal added, “Tejasswi was very insecure when I entered. She was always like, ‘Don’t give her that much footage, don’t talk to her.’ No one spoke to me. They were saying that I was not able to mingle with them but the things were opposite. They were not mingling with me; I was still open and accepting everyone. They didn’t want to mingle with me so that I don’t get the limelight. They were conspiring.”