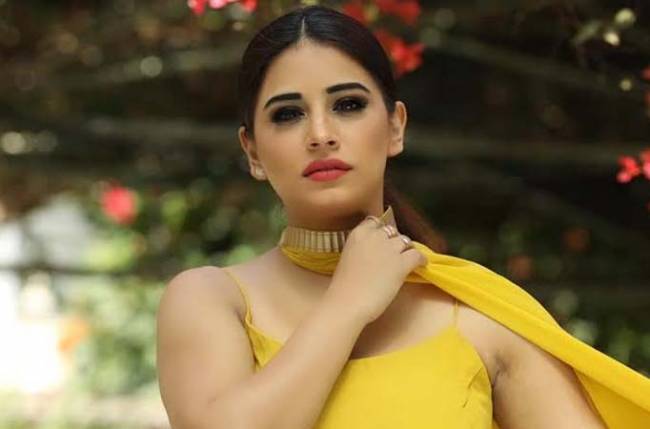 Bhumika Gurung as the carefree, gutsy and Bollywood movie buff Nimki in Nimki Mukhiya became an overnight sensation. The actor is now surprising her fans with her portrayal of Meera in Rajan Shahi’s Mann Ki Awaaz Pratigyaa 2. Motivated by the encouraging response, Gurung is working hard to live up to all the admiration.

“Nimki and Meera are two different people. Meera is definitely bubbly and fun-loving. In a way they both are strong personalities and hold a positive outlook, but there are certain shades and undertones in the way they are as individuals that sets them apart. Honestly, it’s a task to make each character convincing but that’s my job. I’m adding my touches to Meera’s but mostly I am going by the script because the character has been written very well on paper,” she says.

The actor clearly mentions that Nimki was a dream role and really special to her, and hence can’t be compared with any other role, while Meera’s character is something that she’s building up right now. Meera is “the ‘typical ghagra-choli’ village girl, and her attitude towards life is relatable to everyone”.

“I feel lucky to be offered characters that share similarities to what I am in real life. Meera is someone who believes in doing good for others. This is one trait that I also have,” she shares, adding the title of the show resonates with the journey of all the characters in it.

She praises her co-stars, the leading pair of Pooja Gor and Arhaan Behll, in the show. It’s their warm and welcoming nature that she finds encouraging.

Both Gor and Behll’s characters are already established, and they were also the face of the first season of the show. So is there pressure to live up to their popularity? “Pooja is an established actor, so is Arhaan. I am comparatively new here. Thanks to Nimki Mukhiya, I’ve been able to make a name for myself and I’ve really worked hard for it… I’m not thinking about anything but the show. I’m a confident person, I find it exciting to work under pressure,” she replies.

Working with Pearl Grey, the creative director of the show, is also something that Gurung cherishes. “Pearl ma’am is warm, extremely creative, and an amazing person. She’s open to suggestions and clarifying doubts. She’s very good at explaining things. Her explanation of the details regarding who Meera has helped me understand her better,” says the die-hard Aamir Khan and Alia Bhatt fan, who is also open to doing dance reality shows on TV.

So if not an actor, what profession would she have chosen? “I was meant to be an actor. But yes I also dream of running my own business in the future,” she reveals.

Gurung too is worried about the Covid scenario. “It has impacted everybody’s life. I’m grateful to be in a better position than many who are suffering out there. I’m doing my best to help those in need and praying for everyone’s safety. Don’t want to talk more about it and take this as a phase that hopefully would pass soon,” she adds.