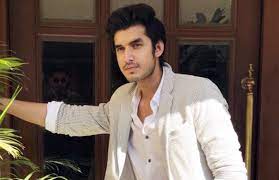 MUMBAI : Jhalak Dikhla Jaa is one of the most popular reality shows which airs on Colors TV. Every season has been a success and this season has made a comeback after 5 years. The celebrities come with their choreographer partners and give their best dance performances. The show has filmmaker Karan Johar and actresses and dancers Madhuri Dixit and Nora Fatehi as the Jury members. The show promises doses of entertainment for the audiences as well, apart from the performances.

Paras Kalnawat has been making news frequently ever since he walked out of Anupamaa. He was quite appreciated for his character and performance on the show. He said that he quit due to politics on the set.

aras Kalnawat is currently a contestant on Jhalak Dikhhla Jaa 10 and has been doing quite well and gaining a lot of appreciation.

The celebs keep sharing glimpses together and Paras Kalnawat shared a few more.

The contestants have come to sharing a great rapport with each other even though they are rivals on the show.  We can see all of them having a gala time together.