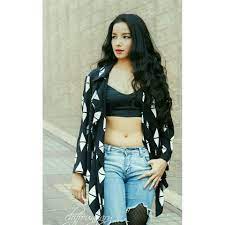 There has been a lot of buzz about Bade Acche Lagte Hain Season 2. While Nakuul Mehta is finalised as the lead of the show, there were several rumours about the female lead but now the rumours rest with finalizing Disha Parmar.

We had earlier exclusively updated that Ajay Nagrath, Abhinav Kapoor, Aman Maheshwar, Anjum Fakih, Sneha Namanandi and Poorti Arya have been roped in Bade Ache Lagte Hai 2 in a pivotal role. We also reported that , Kasauti Zindagi Kay 2 fame Shubhaavi Choksey has been roped in for the show.

Now we have news that Prachi Bohra has come on board to play an interesting role in the show.

Prachi is known for her stint in Kitni Mast Hai Zindagi, Kahani Ghr Ghar Ki, Kayamath and Gangaa among other shows.