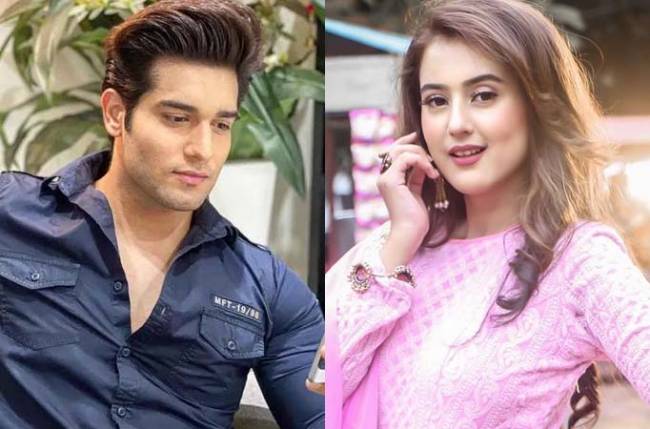 Riya Sharma is currently seen in Colors’ show Pinjra – Khubsoorti Ka where she plays the role of Mayura. The actress has been receiving several accolades for her performance on the show.

Pinjara also stars actor Sahil Uppal in the lead role opposite Riya. The duo’s fresh pairing has worked wonders. Pinjara is going through some interesting twists and turns in the story. The show has been receiving a positive response from the viewers. Riya Sharma and Sahil Uppal’s off-screen pairing has worked wonders as their fans are loving their chemistry on-screen too. The show is going through some interesting tracks right now keeping the viewers intrigued.

Well, the entire cast has a good time shooting for the show and also enjoy themselves off the screens. They often make videos of them passing their time in between shots and in one of those, Riya’s co-actor Abhishek Malik shared how Riya is made to stand on a small stool to match her height with his on-screen!

Riya reposted his video saying that her secret is out…