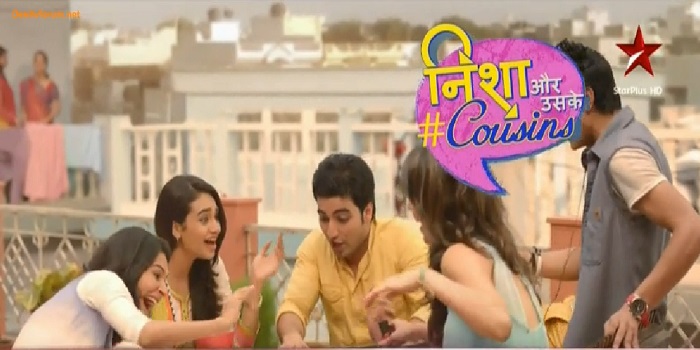 Nisha Aur Uske Cousins Watch online Nisha Aur Uske Cousins is an upcoming Indian television series scheduled to be aired on Star Plus. It would replace the mythological drama Mahabharat which was on air since September 2013. As a promotion of the show, Star Plus introduced a free mobile app on 24th July, the World Cousins Day, which would enable creating personalized videos. The storyline of the show is based on the family disputes caused by the difference of opinions due to generation gap. It shows an Indian joint family residing in the Jaipur city of Rajasthan.

Former Bollywood actor, Vivek Mushran roped to play pivotal role in the show. Pubali Sanyal will be seen playing his wife’s role in Nisha Aur Uske Cousins Serial. Nisha is the daughter of this couple. Pubali Sanyal has already worked in some Bollywood movies like Saathiya, Good Luck and Oh My God. She was also seen in Life Ok serial Savitri.