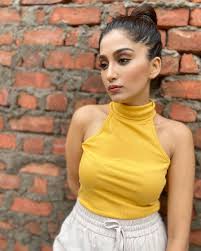 Shehnaaz Gill’s Hosla Rakh is already making headlines before its release. After the sudden demise of actor and Bigg Boss 13 winner Sidharth Shukla, it was reported that Shehnaaz halted her work for Hosla Rakh.

The film that also stars Diljit Dosanjh, is generating a lot of hype. Everyone’s attention is drawn to the trailer for a forthcoming Punjabi film.

Now, according to a source close to the situation, Shehnaaz’s role was previously given to Nimrit Kaur Ahluwalia of Choti Sarrdaarni fame. According to our source, “Nimrit Kaur Ahluwalia was offered to play Shehnaaz Gill’s role alongside Diljit Dosanjh in the film, Honsla Rakh. Due to her prior commitments with her ongoing hit show Choti Sarrdaarni, she could not be a part of the same.”

The news is unexpected, and supporters of Nimrit Kaur Ahluwalia must be disappointed that she was unable to complete the project. Shehnaaz Gill, on the other hand, seems promising in the Honsla Rakh teaser, and fans are eager to see her on the big screen.

Meanwhile, Nimrit is known for her role as Seher in the Colors TV programme Choti Sarrdaarni and her role is well-liked by the audience.