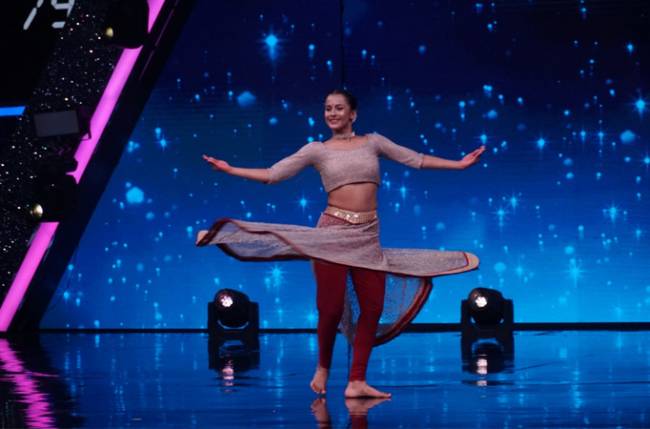 Sony Entertainment Television’s dance reality show, India’s Best Dancer – Season 2 that went on-air last week saw a plethora of contestants showcase their talent and impress the E.N.T specialists – Geeta Kapur, Malaika Arora and Terence Lewis with their moves. To find the, ‘Best Ka Next Avatar’, the new season has set the ball rolling and will see more and more contestants coming on the show and put their best dancing foot forward.

One contestant who grabbed the attention of the judges was, Muskan Singh from Bhopal, Madhya Pradesh who will be seen performing a graceful classical routine on the song, ‘Moh Moh Ke Dhage.’ Muskan left the judges spellbound with her flow and aesthetically beautiful performance, so much so that entertainment queen Malaika Arora was left mesmerized. Furthermore, Geeta Kapur asked Muskaan about how disciplined she is, to which she replies, “My father is a retired army officer and he has always made sure to wake me up by no later than 4 in the morning! Even on Sundays, he tells us to get up at 4 and exercises with us.” Adding to the conversation, he father said, “Muskaan is equally disciplined with her dance and her studies.”

After receiving commendable comments from the judges, Muskaan Singh shares, “It’s a blessing to be on this stage and perform in front of all the three judges. Dance is my passion and I want to pursue it wholeheartedly. Since my childhood, my father has always been present during my stage performance in schools. So, he is my lucky charm. There has not been one day when my father has not shown his support. I will make sure that I work hard to win the trophy of India’s Best Dancer for my father and make him proud.”

Tune in to watch India’s Best Dancer Season – 2 every Saturday & Sunday at 8:00 pm only on Sony Entertainment Television.