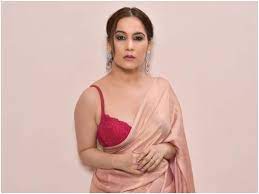 We’ve been at the forefront of reporting updates about various television shows and upcoming tracks of the same. Dangal TV’s Crime Alert is one of the most-watched shows on the small screen.

The crime series highlights some spine-chilling incidents which keep the viewers glued to the screen. Well, now we have exclusive information about the show’s next star cast for the upcoming episode. Dangal TV’s Crime Alert has been airing different sets of crime stories to create awareness among the masses.

We have now learnt that Kumkum Bhagya actress Mridula Oberoi has been roped in for an episodic of the show.

According to information hitting our news desk, the actress is currently on a short break from her daily show and as she likes to keep herself busy, she keeps indulging in short term projects. Crime Alert happens to be one of them where she will be seen playing the lead role of Parul.

Crime Alert has witnessed the entry of some renowned faces of television time and again and it will be interesting to watch how Parul smittens the audience with her charm in the episodic yet again!

Are you excited about the episode? Hit the comment section below.