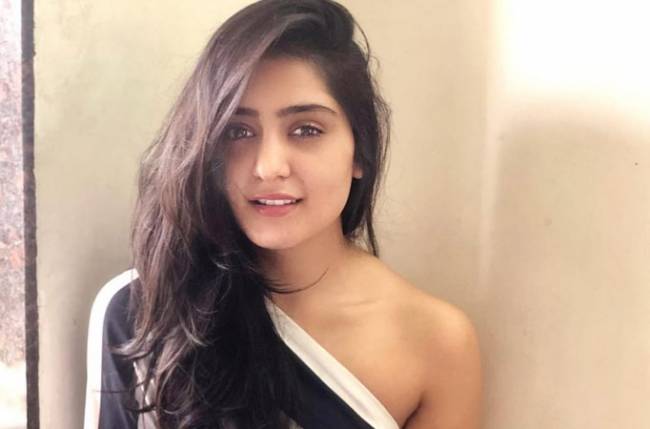 Anjali Tatrari, who made her debut in Sony Entertainment Television’s show Mere Dad Ki Dulhan, has been winning hearts with her portrayal as Niya in the show. The show that stars Shweta Tiwari and Varun Badola in the lead roles, is about a daughter, played by Anjali, who is on a mission to find a suitable bride for her father Amber Sharma, essayed by Varun Badola.

Anjali started off at a young age and has become a role model for young women who want to make a career in acting. Solely on her talent and determination, Anjali bagged the lead role of Niya in this slice-of-life show. Moreover, Anjali even won an award for her outstanding portrayal and enjoys a huge fan following on social media. Anjali has also worked as a fashion blogger before she faced the camera.

On International Youth Day, the young and ambitious diva of the television industry, says, “Everyone has dreams and we all want to follow our passion and make a name for ourselves. However, these dreams come true only for those who are willing to take on challenges in career and life. One doesn’t have to feel defeated due to setbacks as they are nothing but learnings in life. The idea is to keep moving forward, in order to pursue our dreams and goals. I always wanted to try my luck in acting and the world of entertainment excites me. Even though I started out as a fashion blogger and did a couple of television commercials, music videos as well. Bagging the role of Niya in Mere Dad Ki Dulhan was my life changing moment. I’m so fortunate and grateful to have received this part in such a beautiful show. I am happy that I followed my dreams and here I am, getting to do what I love the most – acting! I would urge all youngsters out there to believe in yourself, pursue your dreams and take that leap of faith as long as you are determined. Life will always reward you for your sincere efforts and dedication.”

Watch Anjali Tatrari as Niya in Mere Dad Ki Dulhan, Monday to Friday only on Sony Entertainment Television at 10 PM.