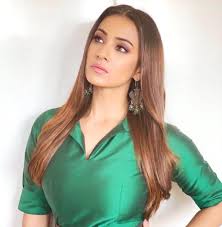 Hindi telly and Bengali movie actor Indraneil Sengupta’s marriage with wife Barkha Sengupta has been one of the most successful ones in the industry to date.

However, lately, rumours of the actor hooking up with a Bengali actress Ishaa Saha were doing the rounds, which are creating troubles amid Indraneil-Barkha’s happily married life.

However, he did mention that he’s aware of these rumours doing the rounds by further adding, “I do not know the source, but all these are merely rumours. The reports also claimed that I have been visiting Kolkata often. That is untrue. I travel to Kolkata only for work. The last time I was there, it was for a shoot. My next Kolkata trip, too, will just be for some work assignment. Barkha and I have a long ahead and I am okay with such rumours popping up at times. There is nothing I can do about it.”.

To confirm the same, even Bengali actress Ishaa Saha was interviewed, wherein she claimed, “This is not the first time that something like this has happened to me. Earlier, my name was linked with one of my directors. Such reports would hurt me, but I am getting better at dealing with them now. This is a baseless rumour and I am sure the speculations will die down in a few days.”.

But these rumours were short-lived and now have come to an end with an EXCLUSIVE report fished out by us.

According to our reliable sources, All is well in paradise and everything is absolutely normal between the couple.

Apparently, Barkha Bisht has gone to her parent’s house for leisure time and soon will be back.

Repeatedly the couple has quashed the split rumours, and this report too is evidence of the fact.