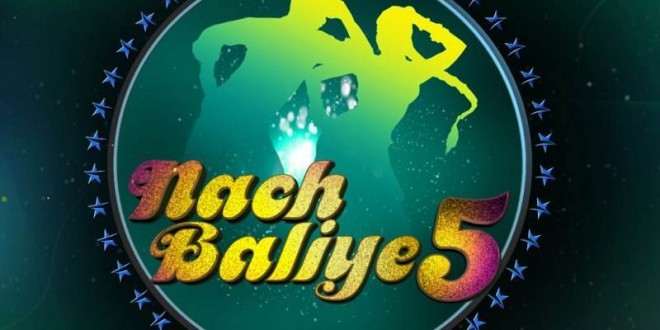 The sixth season of the Indian television dance reality show Nach Baliye premiered on November 9, 2013 on Star Plus channel. The series is broadcast on Star Plus, Saturday and Sunday evenings. Eleven celebrity couples are competing in the series. Every week, the couples will dance on themes set by the judges or the audience. Every week there will be an elimination.

Nach Baliye (‘Nach’ means Dance and ‘Baliye’ means partner or mate) is a dance, reality-television series on the Indian STAR Plus channel. The contestants are couples (called ‘jodis’ in Hindi) who are television stars. The first and second season aired on Star One and then shifted to Star Plus. Its name in Punjabi is inspired by a song from the Bollywood film Bunty Aur Babli (2005). The show is a competition wherein 10 television celebrity couples compete against each other. Contestants dance to a different tune, different theme and different styles every week and scores are given by the judges. Each week one couple is eliminated based on public voting and their scores.

Nach Baliye 6 is a dance reality show where in celebrity couples compete against each other to win the coveted trophy. This time around the romance quotient on the show is going to be soaring through the roof! The contestants will perform for our. Rahul and Dimpy Mahajan, Mahhi Vij and Jay Bhanushali, Kushal Tandon and Elena, Arvind and Neelu Vaghela, Nisha and Karan Mehra, Deepshikha Nagpal and Kaishav, Ravi and Sargun Mehta, Jaisheel and Suhasi Dhami, Kunwar Amarjeet Singh and Charlie, Parag and Shefali, Ankush and Smita Bansal will be the dancing jodis who will burn the dance floors with their spectacular dance performances. The judges Shilpa Shetty, Terence Lewis and Sajid Khan are very much excited to judge these jodis on the show.

Bhabo and her baliye Arvind’s performance won the heart of the gorgeous actress Shilpa Shetty. While on Kushal’s partner Elena, who is not well versed with Hindi and unaware of the Bollywood dance numbers said that he has to explain the meaning of the words to her during their rehearsals. Along with all these 11 jodis, one more jodi will join the dance floor soon. This Jodi is none other than Indian tennis star Sania Mirza and Pakistani Cricketer Shoaib Malik who got married few years ago. So, which Jodi is going to win the heart of the judges as well as the audiences with their creative and amusing performances? It will be interesting to watch it on the show from 29thDecember onwards on Star Plus .

Cast
Karan Wahi and Gautam Rode are the hosts for the sixth season. The judges are Sajid Khan, choreographer Terrence Lewis, and model-actress Shilpa Shetty.

Previously, television actor Nakuul Mehta along with his wife Jankee were to take part in the show but had to quit as Jankee suffered a knee injury.