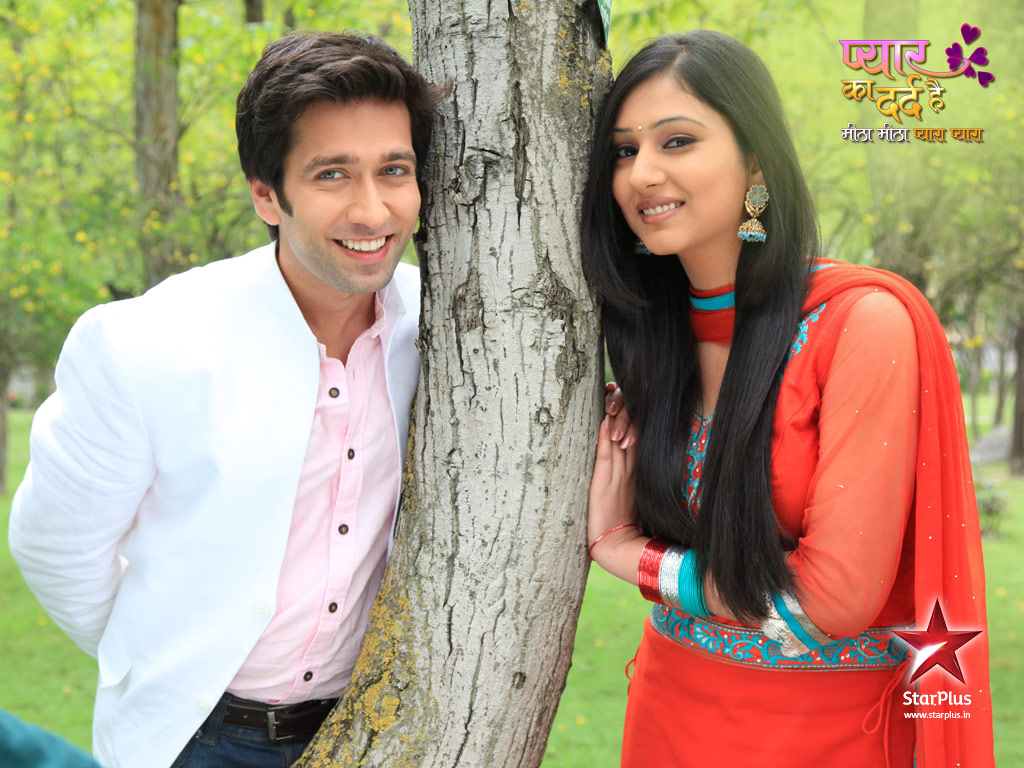 Pyaar Ka Dard Hai Watch Online is an Indian soap opera produced by Rajshri Productions which airs on Star Plus. It started airing from June 18, 2012 and airs weeknights.

Star Plus to premiere Pyar Ka Dard Hai Meetha Meetha Pyara PyaraMonday, June 11, 2012, 14:55 [IST] When Bollywood’s most popular filmmaker of heart-wrenching family dramas like Hum Aapke Hain Kaun and Hum Saath Saath Hai, Sooraj Barjatya and Kavita Barjatya of Rajshri Productions, come together with STAR Plus, what ensues is a show packed with family values, a profound message and bags of entertainment.

Star Plus’ new show, Pyar Ka Dard Hai Meetha Meetha Pyara Pyara, points a deep-seated topic that addresses what really impacts the way the younger generation looks at and deals with relationships in their adult lives. The story of this new show explores how the family environment and the upbringing play a major role in deciding how the child will cope with relationships in the future – Whether he will have faith in love and relationships. Pyar Ka Dard Hai Meetha Meetha Pyara Pyara will premiere on Star Plus on 18th June, Monday at 10 pm

“Star Plus has always made an effort to produce content that is fresh and different, touching upon different subjects and topics. With Pyar Ka Dard Hai Meetha Meetha Pyara Pyara too, it is a fresh look at family life in context to the youth. The focus is now on how mind-sets towards relationships are altered unknowingly due to a tense family environment,” says Nitin Vaidya, Business Head – Hindi Channels, Star India.

Through the journey of Aditya, who comes from a broken home, and Pankhuri, who is raised in a joint family, the show will depict two extremes in family environment and how that shapes how each ones perception of love and relationships.

Pyar Ka Dard Hai Meetha Meetha Pyara Pyara believes ‘Kal Ki Parvarish Pe Tike Aaj Ke Rishtey’ and is in tune with the channel’s philosophy ‘Rishta Wahi Soch Nayi’. “This will be Rajshri Productions’ second production with Star Plus, and it will be rooted in reality with lots of emotion and drama,” says Sooraj Barjatya of Rajshri Productions.

Aditya is in his early 20”s and is very aggressive and impatient. He doesnt believe in long term relationship as he has not seen any examples around him. He has a modern mindset, and believes that life is all about material things. However, deep down he has a heart of gold.

Disha Parmar Role:Pankhuri
Pankhuri, a young girl has been brought up with typical middle class values and has lived in a joint family. She has developed a belief that relationships are all about togetherness and giving more than taking, as she has seen people around her doing things for each other. She is soft spoken, obedient and righteous by nature. But she also does have an aggressive side when it comes to deciding between right and wrong. She always wears smile and has a cute and lovable presence. She is ambitious with a point of view.

Manasi Salvi Role:Avantika Diwan
Avantika, Adityas mother, is a strong lady who enjoys her power. Though she doesnt show off, by nature she wants the best of everything. All her life she has enjoyed her fathers wealth. Until she got married to Harish Kumar who couldnt afford a lavish lifestyle as hers and didnt match her desire of success and status. She couldnt cope with the low income of her husband so she separated from him. She loves her son but her approach at times is too practical and materialistic