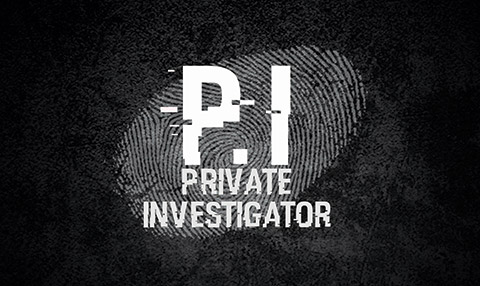 Private Investigator Watch onlineStar Plus is launching its new action thriller for Sunday nights. The show titled ‘Private Investigator’, produced by Fremantle India, stars Mrinal Dutt and Priya Chauhan. Priya will be the female lead opposite Mrinal. For Priya, this will be a role she has never essayed before. Priya has earlier been part of Kyaa Hua Tera Vaada and was recently seen in episodics of Pyaar Tune Kya Kiya, MTV Webbed and Yeh Hai Aashiqui. Mrinal Dutt will play Rafee Roy Chaudhary role in P.I. who sees everything which can’t see Police inspector even. Police will take help of him to solve difficult cases. Aamir Bashir and Sandhya Mridul will play permanent pivotal characters in the series. Meer Ali has been roped in for an episodic story. ‘Private Investigator’ replaces ‘India’s Raw Star’ in the Sunday night 20:00 slot, from 7th December 2014.

Bhabho gets critical and everyone gets tensed seeing her from the glass door. Sandhya goes to call Sooraj and tells him to meet Bhabho. He says if I go, she will be sure, I won’t go. He says else a mum will have hope to meet me, her breath will be running, I have always run to see her always, but today I won’t, as if I go now, then she will leave me and go. I can’t let her go. Sandhya cries. He says he will meet her when she gets fine, when she calls him by her voice, I will go by her voice, she should fight for me and wait for the moment when I run to her. Sandhya goes back to Bhabho. Meanwhile, Bhabho’s soul goes to Sooraj and talks to him, asking him to take over all her duties being her most caring son.

Sooraj says you know Babasa can’t live without you. Sooraj asks who will take care of him, how will I manage, how can I take your place. He asks her to think about family and him. He says the death was for me, the bullet was shot on me and you came in between, you cheated my death, my fate, Lord. He says you went against Lord’s decision. He says if you want to go, go, but I have a promise that my love and duties are true for you, you will not go alone, I will come along. Bhabho is shocked and her body responds in the ICU. Sandhya feels Sooraj’s trust has won and tells him. Sooraj gets glad.

Bhabho gets better and everyone smile seeing her. She sees red syrup in nurse’s hand and gets scared of red color. She recalls how she has shot Ashu and throws it saying no. Bhabho sees syrup stains on the white sheet and shouts blood. The nurse says its medicine. Sooraj calms Bhabho. Zakir tells Sandhya that she got her third memo. She cries and says I will make Bhabho wear the bor myself. Babasa says he has taken a decision for the family. He gets angry on Ssandhya seeing Bhabho’s mental state disturbed. Sooraj recalls RK shooting Bhabho in his dream and wakes up saying no. He sees Bhabho sleeping. Sandhya wakes up and sees Sooraj worrying for Bhabho. He checks Bhabho’s breath and is relieved. Babasa reads the newspapers and sees Sandhya’s appraisal everywhere.

Sooraj brings Bhabho home. Sandhya does Bhabho’s aarti and makes her wear the bor. Babasa asks Sooraj for a favor. Sooraj says you don’t need to ask for favor, you just order it. Babasa says I want you and Sandhya to leave this house today itself and leave forever. Everyone is shocked. Sandhya cries and says I know I did not time to explain you all, but I will explain and you will understand I was helpless, I did all this to save everyone. He says will the blood lost come back in body, did you all see Bhabho like this before, so afraid to get scared by a balloon burst sound. He says her body came here, her soul, courage and life is lost in that plane.

He says you are my son and will always be my son, Sandhya will be my bahu, I m not ending relation, but just ending togetherness, as I know Sandhya gives imp to duty than family, so its better that she stays away, I know as I m with my wife, you are with Sandhya. Sooraj takes Sandhya to police quarters and leaves her there alone, saying he will go back to Bhabho, as he has chosen his mother over an IAS officer, not his wife. Sooraj says this is not Babasa’s decision, but mine. I have always respected your duty and did not come in between your duty, but everything changed in one moment, it took away my Sandhya and broke our relation.

Chavi tells Babasa that Bhabho is calling Sooraj. She asks where is Sooraj. Where is Sandhya? They get speechless. Sooraj comes home and pacifies Bhabho. Bhabho says Sandhya has returned her pride to her, and shows her bor. Sooraj looks on. kram says its good Sooraj came but where did you leave Sandhya. Sooraj says at her home, police quarters. Meenakshi says you will meet her there and come here. Sooraj says no, we will not meet each other, I did this not because its Babasa’s decision. He says its not tough to balance my life, as they both are imp for me, but if its about keeping relation with mother and IPS officer, choosing is not difficult, I have chosen my mother, I don’t regret what I lost for her.