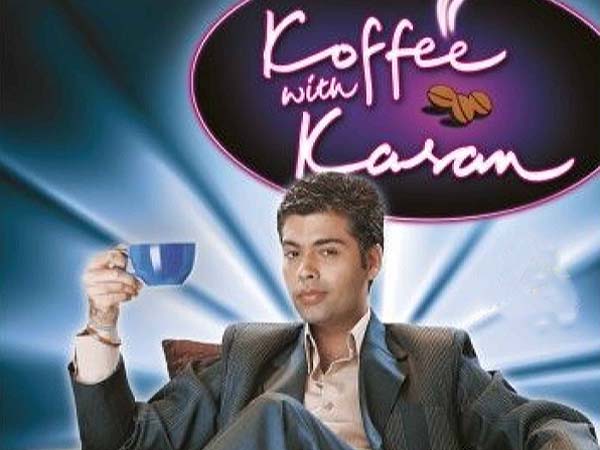 Koffee with Karan is a talk show on STAR World India, hosted by film producer and director Karan Johar. The fourth season of the popular show started on 1 December 2013.

The show airs on STAR World India. It is also telecast on other channels of the same network like Star Plus and Star One. The show is noted for its fresh and witty appeal, and is very popular with the younger audiences. It is known for the revelations made by celebrities and their take on their contemporaries. The show also has its share of controversies and hence brings in great TRPs.

The show began to air in 2004 and was a huge success. The first episode aired on 19 November 2004 and the first season ended on 27 May 2005. The show had been put on hold due to Johar’s commitment to his next directorial project, Kabhi Alvida Naa Kehna (2006).

After 4 years and various re-runs on Star World, Koffee with Karan returned on 7 November 2010 for season 3.[ The third season ended on 17 April 2011. The fourth season premiered on 1 December 2013.
The Lie-O-Meter Johar uses a bleep, which he calls the Lie-O-Meter, to indicate if he thinks the guest is lying. The Lie-O-Meter was mostly used in season one.

Rapid Fire The segment involves Johar asking a volley of questions to the guest, in which they have to answer as quickly as possible. The questions usually involve making choices between two options or just giving a straight answer. Johar usually forces the guest to choose one option of those he presents.

Opinions Sometimes the show features a segment which allows the guest to see and hear other people’s opinions. They may come from the general public or people within the industry. In some episodes it will be presented in the end of the show and in some during the show. Some episodes don’t have an Opinion section.

Koffee Quiz (introduced in Season 4) Karan Johar throws a volley of questions to his guests. The guests are given a buzzer each to press for the chance to answer. The first one to press the buzzer gets to answer, it is passed on to the other guest only if the answer is wrong. The guest with the highest points is the winner of the segment and wins a prize.

The first season was huge success, and the programme became the first English entertainment show to ever get a huge rating in India. The episode in which Abhishek Bachchan and Preity Zinta appeared together was the highest viewed episode in season one.The second season began on 11 February 2007.After a 4-year break, KWK returned on Star TV for Season 3 on 7 Nov 2010. Season 4 has begun from 1 December 2013.